Which States Load and Receive the Most Tons of Rail Freight? 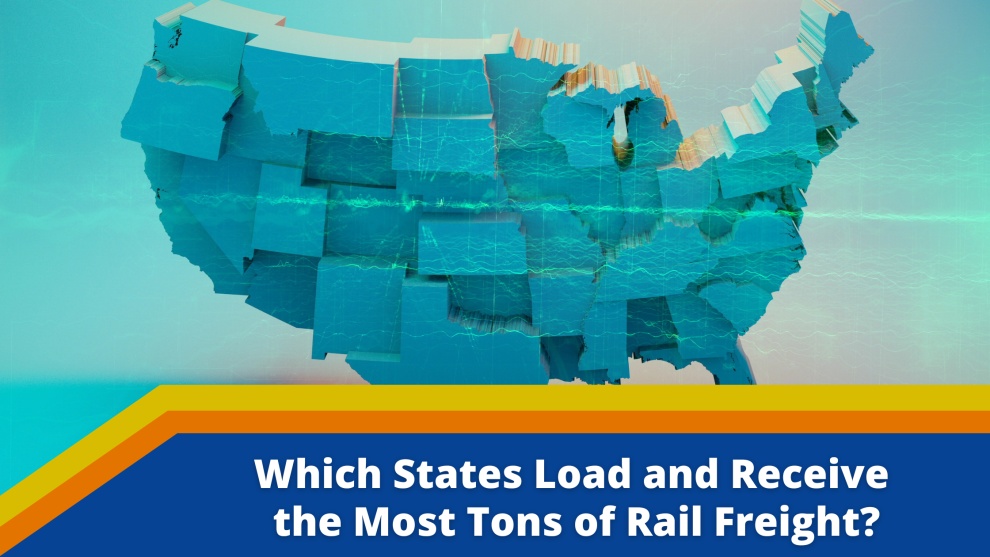 Rail freight is a vital part of the United States economy, responsible for moving over 10 BILLION tons of goods and products around the country each year. That's a lot of cargo! And, as you might expect, different states handle different amounts of it.

THE U.S. STATES THAT LOAD THE MOST RAIL FREIGHT

Rail freight is an important part of the transportation mix in these states and helps to keep goods moving efficiently across the country. The following five states are responsible for the majority of rail freight traffic in the United States.

If you've ever visited the Equality State, it shouldn't surprise you that it loads the most rail freight each year. At 273 million tons, Wyoming takes the cake by a wide margin. This is largely thanks to the Powder River Basin in Northeast Wyoming, which is the largest coal-producing region in the entire country.

Illinois comes in second place with 126 million tons of rail freight loaded each year. The Prairie State is home to many major rail hubs, including Chicago, the busiest rail center in the country for the past 125 years. In fact, roughly 25% of all U.S. freight rail traffic either passes through or ends in the Chicago area.

Texas is a close third with 118 million tons of rail freight loaded annually. The Lone Star State is known for its oil and gas production, and much of that is shipped by rail. Texas also has a large agricultural sector that benefits from rail transportation.

Fourth on the list is Minnesota, with 90 million tons of rail freight loaded each year. The North Star State is a major transportation corridor for both freight and passengers. Agriculture is big business in this Midwest state, with millions of tons of grain, corn, and soybeans shipped by rail every fall.

Rounding out the top five is California with 64 million tons of rail freight loaded annually. The Golden State is the most populous state in the country and has a large and diverse economy. From agriculture to manufacturing, there are many industries that rely on rail transportation in California.

THE U.S. STATES THAT RECEIVE THE MOST RAIL FREIGHT

Texas tops the list with 208 million tons of rail freight received each year. The Lone Star State is crisscrossed by a large network of railroads, making it easy for goods to move in and out of the state. Texas is also home to many major ports, which receive goods from all over the world by ship before they are transported by rail across the state.

Illinois is once again second on our list with 107 million tons of rail freight received each year. As the home of the largest city in the Midwest (Chicago), it's not surprising this state is a major hub for rail traffic. In addition to receiving goods from other parts of the country, Illinois also receives many freight shipments from Canada and Mexico via rail.

California comes in third with 95 million tons of rail freight received each year. As the most populous U.S. state, it needs a lot of goods to sustain its large economy. California is also a major port state, receiving goods from all over the world. This cargo is then transported by rail all across the state.

Minnesota is fourth on the list with 70 million tons of rail freight received each year—though that number would likely be much larger if not for the mighty Mississippi River. Minnesota is also home to many large businesses, such as 3M and General Mills, which rely heavily on rail transportation to support their massive operations.

Georgia, Ohio, and Washington are all tied for fifth place, with each state receiving roughly 66 million tons of rail freight each year. These states are all major transportation hubs in the United States, with a large network of railroads crisscrossing the states. In addition, each of these states has a large agricultural sector that benefits from the presence of rail transportation. 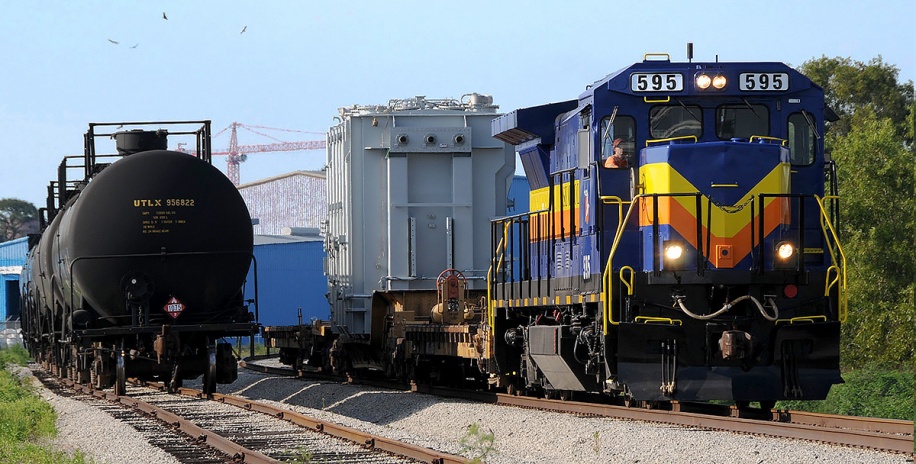 There you have it. Did any of the states on this list surprise you? While some states are clearly more involved with rail freight than others, all states benefit from the efficiency and reliability of rail transportation.

Even though our home state of Florida failed to make the list, we're still incredibly proud to be a vital component of the Sunshine State's thriving economy. Whether you need to move building materials, aggregates, plastics, LP gas, or any other type of freight, Seminole Gulf Railway is the experienced partner you want to get it where it needs to go, safely and cost-effectively.

Since 1987, we’ve been providing our customers in Southwest Florida and beyond with unmatched rail freight transportation, transloading, regional trucking, and warehousing services. Contact us today to discuss your unique freight shipping needs.

Want to learn more? Check out our infographic on the 7 rail freight statistics every shipper needs to know or read our article on the 14 bulk commodities most commonly hauled by rail.