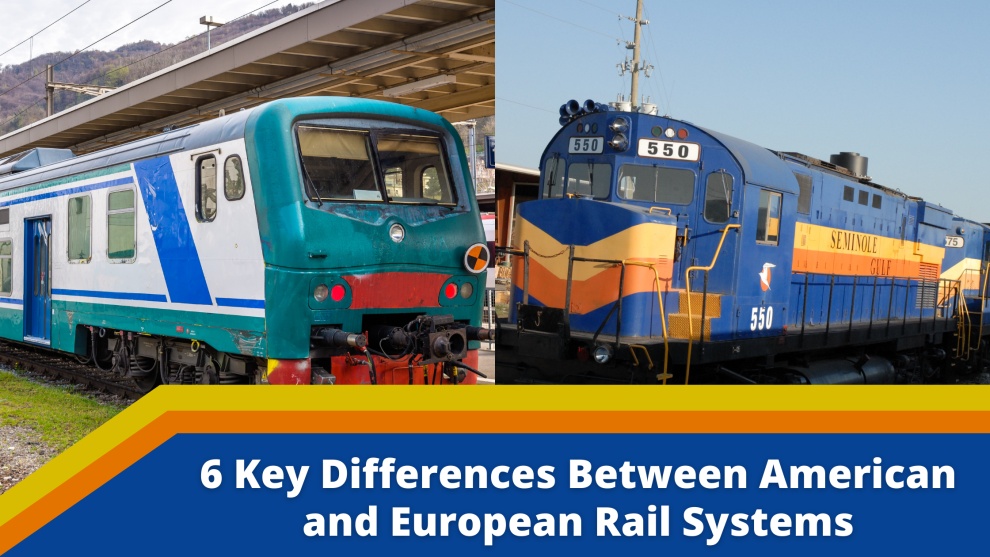 If you ask someone to close their eyes and picture a train, they'll typically imagine one of two things:

So, how did these two vastly dissimilar pictures come to be? In this article, we'll take a closer look at the key differences between American and European rail systems.

HOW DO EUROPEAN AND NORTH AMERICAN TRAINS DIFFER?

When it comes to American trains vs. European trains, there are six main factors that help make each one stand apart: their freight-to-passenger ratio, funding, rail infrastructure, train designs, operating procedures, and government regulations. Let's explore each of these in-depth.

What really sets these two rail networks apart are the shares of their respective freight and passenger transportation markets. North American railways handle about 84% freight cargo and only 16% passengers, while the European Union's railways are almost exactly the inverse at 80% passengers and 20% freight. This difference in focus is primarily due to their opposing historical priorities: American railways were built to move goods across a vast country with a sparse population, whereas European railways were mostly created to move large amounts of people between densely populated cities. To learn more, check out our recent article on the history of short line railroads in America.

Due to their opposing priorities, American and European trains are designed quite differently. American trains are typically longer and wider to accommodate more freight, while European trains are shorter and narrower to allow for more nimble movements and quicker acceleration. American freight cars also tend to be lower to the ground to make it easier to load and unload heavy cargo, whereas European passenger cars are typically higher off the ground to offer a better view of the passing scenery. 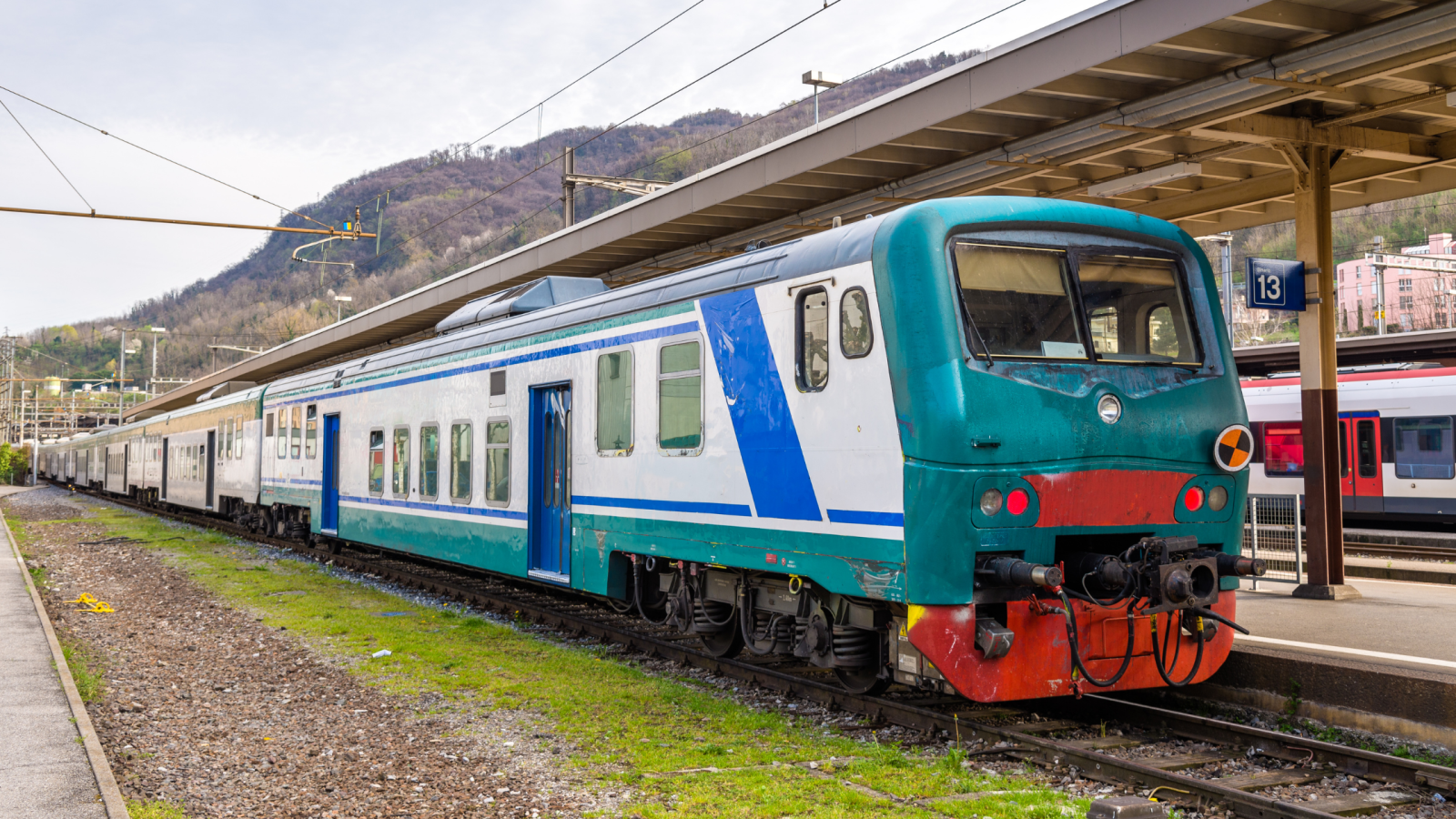 An Italian regional passenger train at a Swiss border station in Chiasso, Switzerland.

As a result of their different train designs, American and European operating procedures are also quite dissimilar. American trains typically have one powerful locomotive at the front that pulls the entire train (although this is changing thanks to distributed power systems), while European trains often have multiple locomotives that pull the train from the front and push it from behind (or a mix of both). American locomotives also typically run on diesel fuel, whereas European locomotives can run on either diesel or electric power.

The American National Rail Network is more than twice the size of the European rail system, with over 224,000 miles (360,000 kilometers) of track compared to Europe's mere 94,000 miles (151,000 kilometers). American railways were also built on a wider gauge (the distance between the rails), which allows for larger and heavier trains. As a result, American freight railways are much more efficient than their European counterparts, carrying almost three times as much cargo per mile of track. The only downside of this wider gauge is that it isn't compatible with Europe's smaller standard gauge, so American trains cannot run on European tracks and vice versa.

American railways are primarily privately owned, with freight companies investing their own money into the system. In contrast, most European railways are publicly owned and funded by taxpayers. This has led to very different attitudes towards investment: American companies are more likely to reinvest their profits into the railway system, while European railway companies have been known to be more resistant to private investment and change.

SO, WHICH COUNTRY HAS THE BEST RAILROAD SYSTEM?

Given all of these differences, it's hard to say definitively which country has the better railway system. Ultimately, it comes down to what you're looking for in a railway system. American railways are significantly more efficient and cost-effective at moving freight cargo for businesses, whereas European railways offer a much smoother and more scenic experience for their rail passengers. 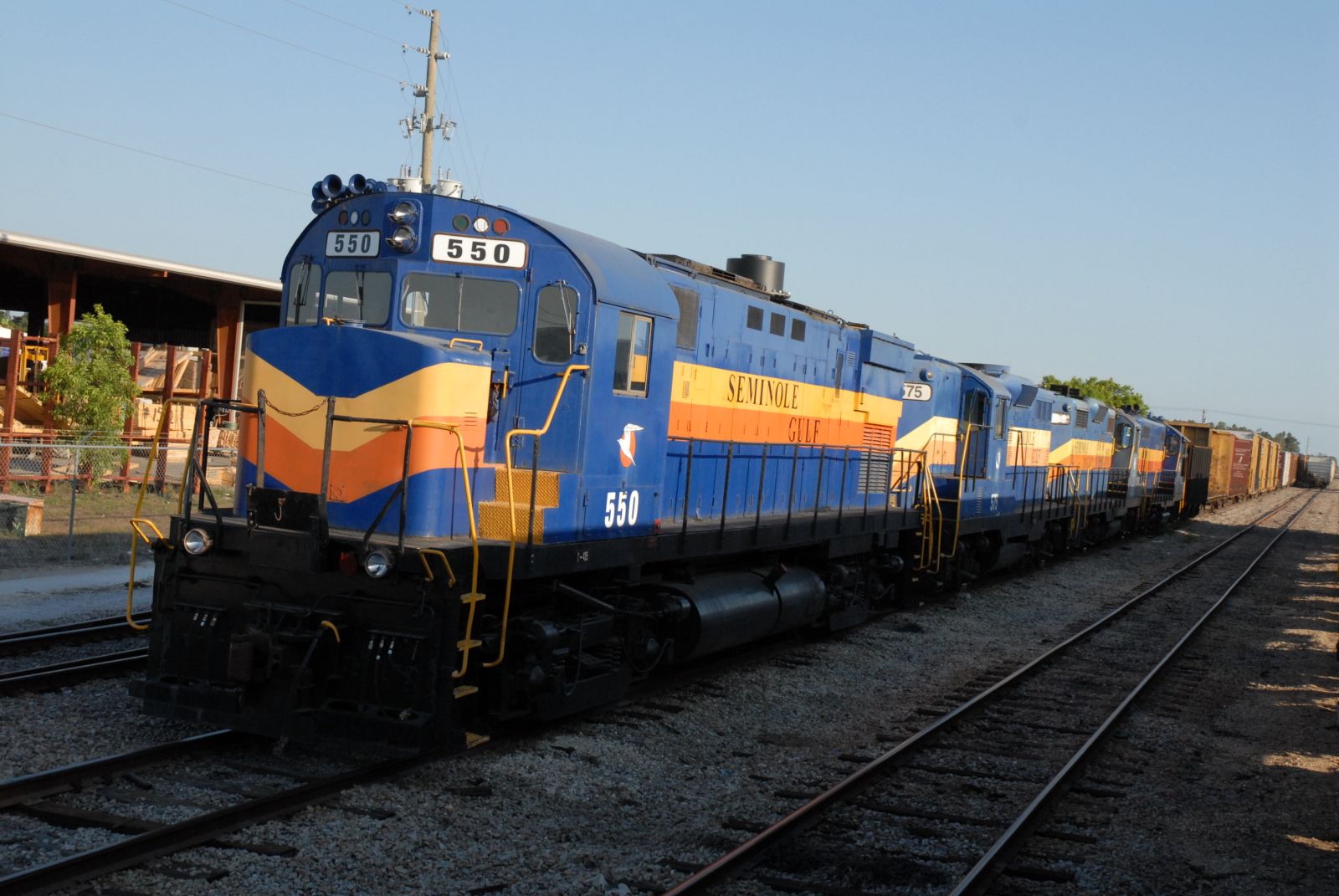